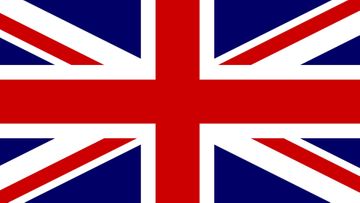 Jørundgard is closed due to large event.

In 1991, a project group was organised to work on preparing offers in Nord-Sel in association with Kristin Lavransdatter and Sigrid Undset.

At the same time, work was begun to make a film of the novel “The Bridal Wreath”. The film crew was looking for a suitable place for the outdoor scenes and they wanted to build a real farm, not just a prop farm that would be torn down after the last scene was shot. Jørundgard stood almost where the old Jørundstad had been

Five houses were built with help from the employment office in Sel, which held a special labour market course in log notching techniques.  There were 15 participants in the course, and together they built the forge, barn, long loft, stable and cookhouse. In addition, Norsk Film contributed by building the “årestue” (log house with an open hearth in the centre and a smoke vent in the roof), cowshed, weaving house, storehouse and a stave church, as well as erecting fences around the entire farm. Also, the “årestue” that was used during the indoor filming in the studio on Jar was notched together on the farm in the summer 1996. Moreover, three trailer loads of props and interiors used in the film were driven up and placed in the houses around the farm, and the outer courtyard was enlarged in 1996-1997 with a pigsty, sheepcote and a house for exhibiting church accessories. The barn was moved from the inner courtyard to the outer courtyard so that it was correctly placed in relation to medieval customs. A new long loft was erected where the barn once stood.

Tools, weapons and equipment, i.a. horseshoes, spears, chain mail, locks, keys and jewellery were made in the forge. The men normally worked in the forge because forging was hard work and carried a lot of responsibility. According to the older people, women in the forge meant bad luck. Because of the fire hazard, the forge should really have been placed outside both the inner- and outer courtyards, usually close to the river. This was also the reason why the forge had a stone roof.

This loft is relatively large, with room for young maidens, newlyweds, grain and other stock items alike. The staircase appears to be special, but this type of staircase was common during the Middle Ages.  It is built from one piece of wood. The larger and older the tree, the better it was. This is where Kristin’s bridal bed also stands. Eventually, it will most likely be possible for visitors at Jørundgard to spend the night here.

This little igloo-shaped smoking oven is made from clay and was used to smoke fish and meat.

This is where the baking, brewing, slaughtering, cooking and colouring with plant dye took place. The thin wafer crispbread (“flatbrød”) was baked on stone slabs, often made of soapstone, a stone type that is very plentiful in the district. It is soft and easy to cut, and retains heat for long periods. In addition, the roof is covered with seven layers of birch bark, and turf. This was considered the least one should have in order to be sufficiently protected against the weather and wind.

The “stabbur” is characterised by the wooden pillars (“stabber”) upon which it is built, hence the name. These types of storage facilities were not used in the Middle Ages; instead, they used “aurbuer” (soil houses), which means that they had gritty soil (“aur”) floors instead of wood. This house is a combination of “aurbur” and “stabbur”. It has a characteristic building style with both stave and notched log construction. Both types of storehouses were most often used for food storage.

7. The Open-Hearth House from Jar (“Årestua fra Jar”) As opposed to the other houses on the farm, this one is constructed of poles rather than by notching. The doors are low because there had to be at least two logs above the doorway in order for the house to be solid enough. Some people believe this was a custom from the brutal Viking Age, and that it was easier to defend yourself against enemies who had to bend over when they wanted to enter. Others believe that the low doors would force guests to bend their heads, thereby showing the master and mistress of the house due respect.

It was common for medieval farms to have a sauna, which were usually built near the river, outside of the courtyards, as here.

9. The Sels Open-Hearth House (“Sels-årestua”) This is where the master and mistress of the house, the labourers, monks and slaves gathered for meals and work. The master sat at one of the short ends of the table, in a so-called “high seat”. Otherwise, those who were highest in the ranking system were placed in a certain system around the table. Jørundgard has two open-hearth houses, but three or four were common on large farms. The name is derived from a fireplace - a hearth (“åre”) - in the middle of the floor, with a smoke vent in the ceiling where the smoke seeps out.

The open-hearth house was also a bedroom. If people did not have beds, they slept on dirt benches covered with wooden panels. They slept comfortably with different types of hides on top of the benches. This open-hearth house has a dirt floor, which could be practical as regards fire hazards, but which was dusty, cold and dark. Crosswise in the ceiling were two beams, which are notched into the walls. They hold the walls together and the ceiling up. The house is constructed in Finndalslaft-style, which is the oldest notching technique known in Norway.

The hallway between the open-hearth house and the long loft is not completely historically correct because it should have gone along the back of the house. It was built this way to hide Highway E6 in the background and for other practical reasons in association with the filming.

The lofts were the finest homes on a medieval farm. Clothing and precious grains were stored here. The top floor usually had bedrooms for the young girls on the farm during the summer. The rooms were also meeting places for the youth on the farm. They were also used in association with weddings. Kristin and Erlend spent their wedding night in the loft. Highly-respected guests could also spend a night or two up in the bridal loft.

This is the only one of the original houses where indoor scenes were filmed. The woodwork in the house is about 250 years old, from a barn in Rælingen. The house has several more peepholes and openings than was common; this was done in regard to the filming of the movie. The weaving house was the women’s house on the farm. Small girls, young maidens, women and older wives would gather here to weave on upright- or table looms, mend clothing, do their needlework or spin yarn on hand spindles.

The pighouse, like most of the other houses, is erected in Finndalslaft. The pigs that live here are closely related to the wild boar, the same way the midieval pig probably was.

The sheephouse is built according to all the rules of the art but has thus far been rejected by our indigenous sheep, which prefer the outdoors.

Then, as now, the barn was used to store hay and grass. Otherwise, it was often used as overnight accommodations for workers, pilgrims and other travellers. The roof is thatched with 3000 handmade wooden chips.

This house is built like a barn. At present, it is used to exhibit church accessories from the stave church that was burned down during the shooting of the movie. If everything goes according to plan, a new church will be erected where these accessories will be in their right element.